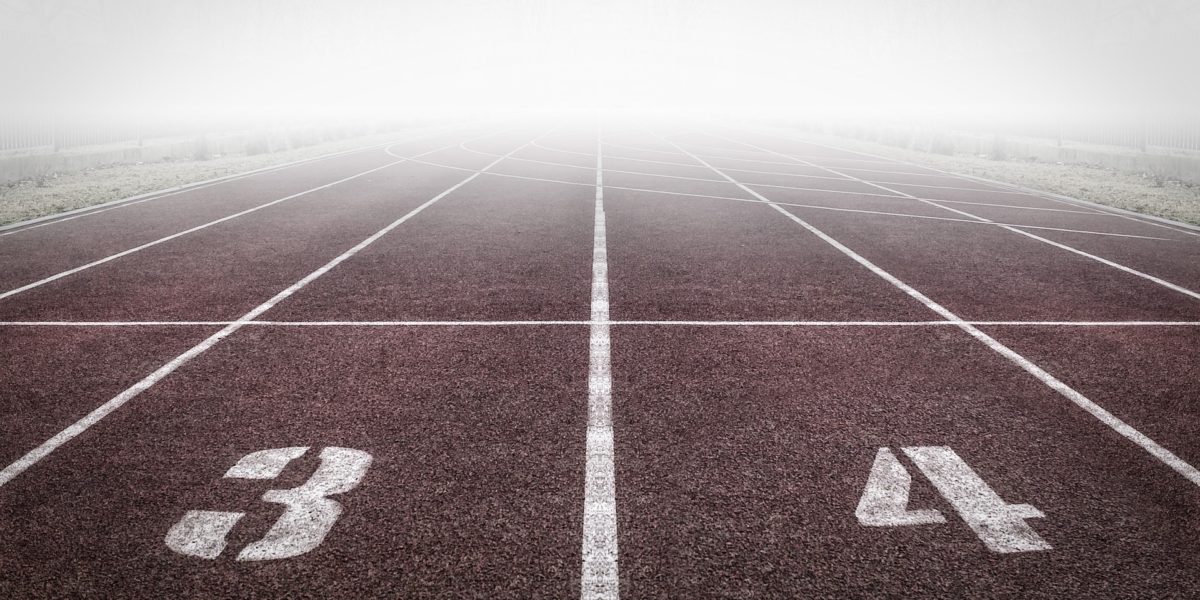 Why one of my favorite mottos is “Why not?”

I believe that one of my biggest obstacles, even including what I publish on this website or via the DisContent podcast, is overthinking things. Far too often we can outsmart ourselves; that’s never for the better.

There was a time where I thought “Who would read that?” or “Who would listen to this?” Those types of thoughts are self-defeating. You don’t even attempt to run in the race, so to speak, because you don’t even line up at the start.

Somehow, I got over that hurdle. It may have been a nudge or a small push by a friend or a family member, or just having something get under my skin enough to say “alright, I’ll try this.” Once I made that leap and consistently made an effort to write blog posts or record podcasts, I realized that if you have something worth saying, then yes, people will read or listen.

Furthermore, that audience is more than I ever could’ve imagined. When I look back on my hesitation, I often wonder what may have happened if I had jumped at the opportunity presented to me sooner.

That’s where one of my go-to sayings originated. Working within groups or teams in a leadership capacity, I was often pitched ideas. I didn’t want to shut down any ideas right away, no matter how bad it may have appeared on the onset. Doing so will shut down the group and risk never getting any new ideas.

Somewhere out of those brainstorming sessions, a motto was born out of necessity: “Why not?” We would receive a proposal and approach it in a new way. This is opposed to when I found myself shutting down ideas before giving them any real thought.

That’s how I used to think. When those words came out of my mouth they did so for no good reason. Replacing them with “Why not?” forced me to find reasons to not do something. This is all within good reason, of course. Expensive ideas when working within the confines of a budget may never work. However, when the only expense is your time or energy, it becomes harder to come up with excuses.

In fact, excuses expose themselves as excuses.

With no excuses in the way, “why not” has led me to do things I never imagined possible. I’ve met extraordinary people and have made business deals which otherwise would’ve never materialized. If I wouldn’t have had that mentality, I would have immediately slam shut a door in which an opportunity may have opened.

That’s how the “why not” principle has been applied to my content marketing strategy. If you’re thinking a blog, podcast, or social media campaign won’t pay dividends, I beg you to ask yourself the same question:

If you can’t come up with good reasons then it’s time to take the dive. (And by good reasons, I don’t mean not having the technology or the know-how: those things are readily available and sometimes at no cost by marketing consultants such as myself.)

Sometimes I come off sounding like a cheerleader when it comes to encouraging people to get into content marketing: I promise you, you’ll feel more like your own cheerleader when your efforts pay off.

I know I sure do.

Nowadays when I’m approached with an idea I find myself asking the same question. I have to force myself to come up with a compelling reason as to “Why not?” before closing those doors of potential opportunity.

However, keep in mind that asking this simple two-word question doesn’t mean you say “yes” to every proposal which comes your way either. While it’s difficult to say no in some situations, especially if you’re starting out, the two-letter word “N-O” must also be a part of your vocabulary. Otherwise, you find yourself with no filter and in the center of a bunch of potentially poor business decisions.

Simply put, “why not” is a way to add a filter before automatically entering the rejection phase. Making it a motto forces you to think things over and proceed with caution. Once you have a knack for what works and what doesn’t, the “Why not?” mentality will become easier to implement.

And when it does, you will reap the rewards of breaking barriers by not setting artificial limits on your marketing efforts.