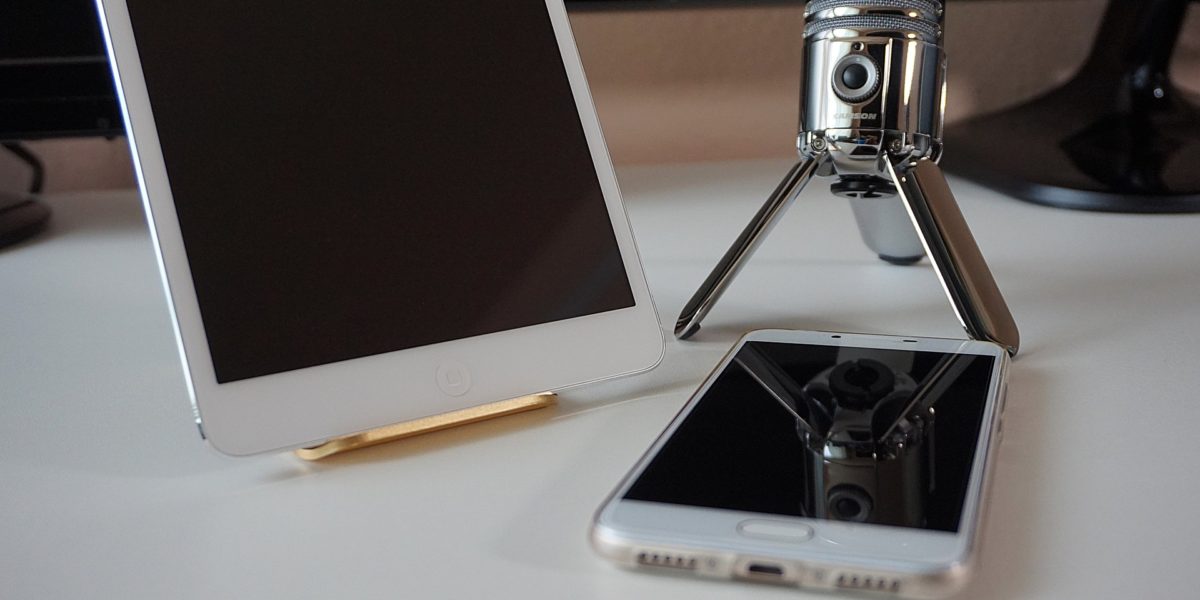 5 of the best podcast recording programs for any device

Recording a podcast doesn’t have to be difficult. Whether you have a set of earbuds or a fancy microphone, there is one component that can make or break your plans to dominate the on-demand radio spectrum: recording software. I’ve chosen five recording programs for a variety of devices to help you get on the right track. These applications span different devices from Microsoft Windows to Mac OS X and smartphones too. Here are my choices to for the best of the best to get your podcast going.

For those of you with a subscription to Adobe Creative Cloud, this is the no-brainer option. A full commercial application used by major corporations, you’d be hard-pressed to do better than Audition. The interface, as with most of these programs, may take some getting used to. However, editing and exporting a final high-quality file becomes second nature not after long. The other benefit if Audition is that you may already have it as part of a subscription, costing you nothing extra. It also plays nicely with the rest of Adobe’s editing suite and works on both Windows and Mac OS X. Download Adobe Audition: https://www.adobe.com/products/audition.html

On a shoestring budget? Even if you’re not, the next option is free of charge… but you’d never know it! Audacity is my favorite application to work with when recording a podcast. It’s available on Windows, Mac OS X, Linux and more. The open source software has many of the same features as the big boys like Adobe Audition and in many case is the go-to for serious podcasters to get their shows recorded digitally. As with the first three programs listed here, you can visually see your waveform as you record and export to a number of different audio formats. Audacity even saved my butt once during a laptop crash, offering to recover an unsaved file! I highly recommend it. Download Audacity: https://www.audacityteam.org/

An Apple-only application, GarageBand is widely available free-of-charge to most Apple users, but it’s not exclusive to only Mac OS X: Garageband is also available on iPhone and iPad, opening a world of portability for podcasters on the go. My only gripe with Apple’s recording product is that it can be a bit fussy to setup for each use, and the mobile versions (phone and tablet) often restrict the length of your track. Then again, when you’re looking for something free or low-cost to record a show, you’d have trouble finding something better than Garageband. You can download GarageBand here: https://www.apple.com/mac/garageband/

If you try searching for recording software in Apple’s App Store you’re going to be barraged with a ton of useless apps that won’t get the job done for podcasts. It took me a long time to find this, but iTalk is one of the best iPhone apps you can use for recording audio. (It also works on the iPad too!) There are so many solid features which make iTalk great. First, it’s easy to use: just tap a big red button. Hit the red button to stop and you’ll have a number of options to get the resulting MP3 file off of your device. The premium version will even allow you to upload to cloud services such as Dropbox. However, the biggest selling point of iTalk for iOS users is that it has a studio monitor feature to hear what you’re recording via headphones (with the proper equipment, of course) and also visually see your levels as you speak. I’ve also found that the app you use also helps with picking up ambient noise. Garageband was notorious for a consistent “hiss” in the background of my iPhone recordings while iTalk sounded much clearer and natural. Download the proper version of the program here: https://itunes.apple.com/us/app/italk-recorder/id293673304

Developed by Sony, this free app available to Android users offers many of the same benefits I mentioned above with iTalk. Recordings are saved to the device, audio from microphones have less noise, and while it’s not as simple as the iTalk’s one button interface, it’s about as easy to use of an app you’ll find anywhere. Did I also mention it’s free? Download it here: https://play.google.com/store/apps/details?id=com.sonymobile.androidapp.audiorecorder&hl=en_US